Parrish was born in Richmond, Virginia to Annie Parrish, who works with autistic children, and Bruce Tharp, an engineer.

He was raised in Texas and graduated from Plano Senior High School and Texas Tech University Independent School District. Parrish is a Christian.

In December 2014, Parrish announced his engagement to Kathryn Wahl.

They got married on Sunday (September 13, 2015) at the Flying Caballos Ranch in San Luis Obispo, California. Jillian "Jill" Conway (Amanda Seyfried) lives in Portland, Oregon with her sister Molly (Emily Wickersham), a college student. Much earlier, Jill was kidnapped by a brutal serial killer who put her in a deep vertical hole somewhere in Portland's 5100 acre Forest Park. Jill found human remains, used one of the bones to stab her abductor, and escaped from the hole, using his rope ladder. When the Portland police are unable to find the hole, and discover that Jill had been committed to a psychiatric institution after her parents' death, they believe the abduction only happened in Jill's head, and send Jill back to a psychiatric facility.
Already seen ?
I love 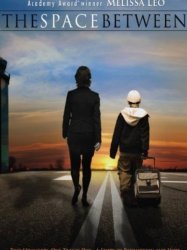 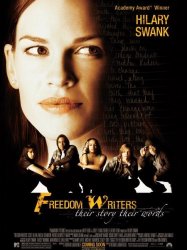 Bob Munro (Robin Williams), a successful California beverage company executive, is struggling with a dysfunctional family, with his materialistic wife Jamie (Cheryl Hines), his sharp-tongued teenage daughter Cassie (JoJo), and his son Carl (Josh Hutcherson), who is an adolescent weightlifter and likes Hip hop. At a company picnic, Bob is embarrassed in front of his self-absorbed boss Todd (Will Arnett) by Cassie's militant friend Gretchen, who hurls a tub of disgusting slime over Todd. Looking forward to a big family vacation in Hawaii, their trip is cancelled when Todd, out of spite, tells Bob that he has to attend a meeting with the Alpine Soda company in Boulder, Colorado instead, or else he will be fired. Concealing the real reason for going there, he rents a garish RV from the dodgy dealer Irv (Barry Sonnenfeld) and tells his family they are traveling to the Rockies.
Already seen ?
I love In the San Fernando Valley, rebellious teenager October "Tobe" takes a walk with her younger brother, Lonnie. The next day, Tobe goes to the beach with friends, and when they stop for gasoline, they are assisted by Harlan, a young man who affects a folksy, cowboy style. Tobe invites much-older Harlan to the beach. He accepts, which results in his losing his job. At the beach, they share a passionate kiss and, after returning to Harlan's house, they have sex. He takes her on a date, and the trio get something to eat. Later that night, they go on their "real" date, dancing and meeting up with Tobe's friends for another party, where Harlan takes drugs under the influence of Tobe. She returns home the next day; as she has returned home long after she was expected, Wade, her father, becomes enraged, and she retreats to her room. When she refuses to talk, he pounds on the door and leaves visible damage.
Already seen ?
I love On the last day of 8th grade before their freshman year in high school, Julie Corky (Alexa Vega) has a slumber party with 3 best friends, Hannah Carlson (Mika Boorem), Yancy Williams (Kallie Flynn Childress), and Farrah James (Scout Taylor-Compton). As a quartet, they end up having the adventure of their lives. A group of popular girls, led by a former friend of Julie's, Stacie Blake (Sara Paxton), challenge the girls to a scavenger hunt. The prize will be a coveted lunchtime seat near the fountain in high school. The losers will have to sit at tables near the school's dumpsters.