American martial artist Casey Bowman (Adkins) has settled down at the Kōga ninja dojo and married Namiko Takeda (Hijii), who is pregnant with their first child. One day, while shopping for a pendant in town, he encounters and fends off against two knife-wielding muggers. Later that night, Casey goes grocery shopping, but when he remembers that the muggers took his wallet, he rushes home only to find Namiko slain, with markings of a barbed wire weapon around her neck. On the day of the funeral, the dojo is visited by a former student named Nakabara (Kosugi), who offers Casey to train at his dojo in Thailand to ease his pain, but Casey declines the offer. Remembering the fighting style of the muggers he encountered, Casey heads to the Azuma dojo to find out their whereabouts before ambushing and killing them in a dark alley.
Already seen ?
I love A martial arts Instructor is recruited as a bodyguard for an extremely powerful couple. On her first day of duty, her employers are kidnapped. As she searches for the couple, she is led into the deadly world of underground fighting by cryptic messages from the kidnappers, who put her in the ring. There, her martial arts skills are tested, and she gets a few steps closer to freeing her clients. The next opponent that enters the ring will have her facing the ultimate challenge - with hopes of getting out of the ring alive.
Already seen ?
I love A group of martial arts and combat masters are invited to a fighting contest, "Dead or Alive", on an isolated island within an advanced complex, with the ultimate prize of $10 million. Among the competitors are Kasumi, a shinobi ninja-princess looking for her brother Hayate (who was competing in the last tournament), Tina, a professional wrestler setting out to prove she has more potential (complicated by her father Bass being one of the contenders), Christie, a master thief and assassin, her treacherous partner Maximillian ‘Max’ Marsh, and Hayabusa, a friend of Kasumi and Hayate who follows Kasumi to keep her safe, using the invitation to DOA for this. A final competitor is Helena Douglas, daughter of the tournament’s late founder. When they arrive, they are monitored by the island’s supervisor, Dr. Victor Donovan, who, aided by egghead Weatherby, is gathering data (using injected nano-sensors) from the fights for some mysterious project. To add to the situation, an assassin from Kasumi's colony, named Ayane, has followed Kasumi to kill her and wipe away the disgrace the princess has caused to the clan.
Already seen ?
I love Endless warfare and environmental pollution have resulted in the frequent appearance of monsters. The Earth Defense Force (EDF) is established. Mutant humans with extraordinary physical capabilities are discovered and are organized into an EDF troop called the M-Organization. Their main opponent is Godzilla, first sighted in 1954. After repeated battles, Godzilla is captured in a crevasse at the South Pole and buried under an avalanche of ice. The EDF ship Gotengo, commanded by Captain Gordon, battles and destroys Manda but in the process, the ship is wrecked and Gordon is dismissed from the EDF. At M headquarters, mutants Ozaki and Kazama spar before their next mission.
Already seen ?
I love In the year 2009, Joe Jinno, a Navy SEAL who is court-martialed for disobeying orders, is sent to Tokyo to assist Det. Aguri Katsuragi stop the distribution of the illegal drug known as Blood Heat. After an attempt to stop the drug lord Rai Kenjin fails, Katsuragi ends up in Kenjin's arena of death, the Muscle Dome, and loses against Kenjin's #1 fighter, Lee. Joe wants to seek revenge and needs the help of Katsuragi's sister Akane and Ken, a young underground rebel whose father was one a victim of Kenjin and the Muscle Dome, to exact revenge for Aguri and stop the circulation of Blood Heat.
Already seen ?
I love Ryu is still contemplating the death of his master, Gouken, while at the same time experiencing trouble with the "Dark Hadou" (殺意の波動, Satsui no Hadō, lit. "Surge of Murderous Intent"), an evil energy which Gouken's brother, Akuma, succumbed to a long time ago. While in the city, Ryu fights off a few agents working for Shadaloo, gaining the attention of Interpol agent Chun-Li, who does some background research and realizes Ryu is the man who beat Sagat, the Muay Thai Champion, many years ago. Also catching sight of Ryu is aspiring martial artist Sakura, who becomes fascinated with Ryu and vows to track him down and become his student.
Already seen ?
I love 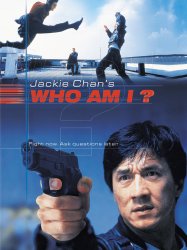 Somewhere in the jungles of South Africa, a multinational military unit, Special Force Unit, ambushes a convoy and kidnaps several scientists working on a highly-volatile compound extracted from a recently discovered meteorite. Among the operatives is a Hong Kong national identified as "Jackie Chan". The CIA assigns Morgan (Ron Smerczak) to investigate the incident, unaware that he and newly retired Lieutenant General Sherman (Ed Nelson) orchestrated the abduction for their personal profit. At the same time, the CIA assigns another operative in South Africa for a more covert operation.
Already seen ?
I love The film takes place with the summoning of a Japanese martial artist Ken Tani (Sho Kosugi) (codenamed the "BLACK EAGLE"), assigned on a U.S. Governmental mission to retrieve a top secret laser tracking device that was on board a shot down F-111 jet. Ken Tani along with the assistance of his two, brave young sons and his CIA aide Patricia Parker (Doran Clark) must track down the tracking device before the KGB steal it. Ken Tani inevitably comes face to face with a skilled enemy in the form of a KGB team leader named Andrei (Jean-Claude Van Damme).
Results 1 to 15 of 17
12Next page >