Griffin has been married three times. He married his first wife, Carla, in 1983; he was 16 years old. They were together for 13 years before divorcing. He married his second wife, Rochelle, in 2002, but they have since divorced. On September 8, 2011, he married Nia Rivers. However, they filed for divorce after one month of marriage, citing irreconcilable differences. They were officially divorced six months later. He has nine children.

In March 2007, Griffin participated in a charity race at Irwindale Speedway to promote the film Redline, using a Ferrari Enzo owned by Daniel Sadek. During a practice run, Griffin accidentally hit the gas pedal instead of the brake and lost control of the Enzo, crashing hard into a concrete barrier. He walked away unscathed, but the $1.5 million supercar was badly damaged. Griffin later lashed out at reporters who claimed the crash was a publicity stunt. 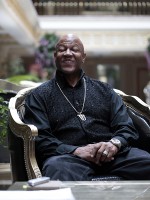 Going to America is about two romantic and ambitious lunatics, Fumnanya (Eddie Griffin) and Andy (Josh Meyers) who escape a mental institution with a video camera and set out to make a movie about their romantic quest to find a princess and be rewarded with a magical kiss. The duo encounters various obstacles, not the least of which is that their 'princess' turns out to be a burned-out prostitute (Najarra Townsend) who wants to commit suicide. She enlists Fumnanya and Andy to help her, only to have her suicide plans turn out to be a disaster and her pimp Rocco (Dave Vescio) emerge as a menacing threat. But along the way, the trio ends up becoming overnight sensations on YouTube, as followers speculate whether the whole thing is a clever hoax or a moving if unorthodox attempt at redemption.
Already seen ?
I love In Los Angeles, two rival gangs war with each other: the Hyde Park Gang, led by El Chivo, and the East Side Gangsters, led by Armand Tucker. Vice cop Max Ballister receives a call he assumes to be from his informant, Gary Morrison. Max leaves a romantic dinner with his wife and is gunned down. Max's angry father, Simon, a martial arts expert who is implied to be ex-CIA, moves to the neighborhood in which Max died and begins investigating. His landlady, Alice Park, who also runs a liquor store, aids him. The others do not know that the investigating cop, Frank Shaw, has formed a partnership with Tucker.
Already seen ?
I love 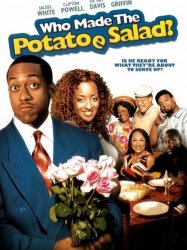 The plot is Michael (White) a cop who is on vacation tries to spend time with his girlfriend but her family causes more drama between their relationship. The more Michael tries to make amends the worse the situation gets.
Results 1 to 15 of 47
1234Next page >