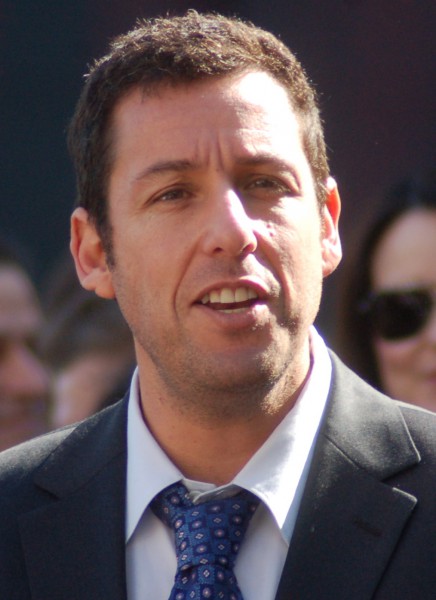 Birth name Adam Richard Sandler
Nationality USA
Birth 9 september 1966 (55 years) at Brooklyn (USA)
Creator of Happy Madison Productions
Adam Richard Sandler (born September 9, 1966) is an American actor, comedian, screenwriter, film producer, and musician. After becoming a Saturday Night Live cast member, Sandler went on to star in many Hollywood feature films that combined have grossed over $2 billion at the box office. He is best known for his comedic roles, such as in the films Billy Madison (1995), the sports comedies Happy Gilmore (1996) and The Waterboy (1998), the romantic comedy The Wedding Singer (1998), Big Daddy (1999), and Mr. Deeds (2002), and voicing Dracula in Hotel Transylvania (2012) and Hotel Transylvania 2 (2015). He has ventured into more dramatic territory with his roles in Punch-Drunk Love (2002), Spanglish (2004), Reign Over Me (2007), and Funny People (2009). In 1999, Sandler founded Happy Madison Productions, a film and television production company that has produced numerous films and developed the 2007 television sitcom series Rules of Engagement.


Political and charitable donations
In 2007, Sandler made a $1 million donation to the Boys and Girls Club in his hometown, Manchester, New Hampshire. The same year, he donated $2,100 to former New York City Republican mayor Rudy Giuliani's presidential campaign.

Don and Helen Truby are a sexually unsatisfied married couple. Helen seeks an extra-marital affair through the website Ashley Madison, while Don finds an escort service. Both Don and Helen continue their extra-marital liaisons until Don discovers Helen's Ashley Madison profile and confronts her when she returns home. She tries to speak with him and he cuts her off stating that he too has cheated.
Results 1 to 15 of 123
123459Next page >