The Lord of the Rings:The Return of the King 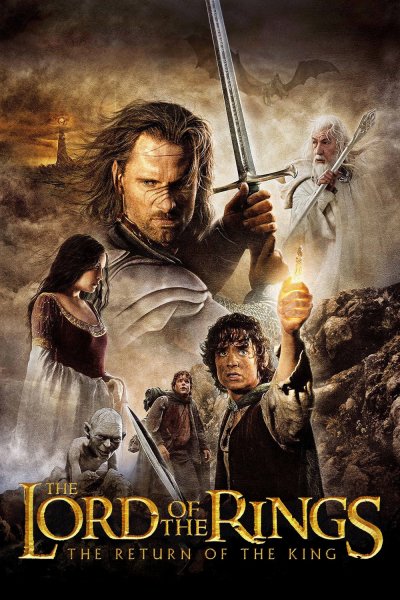 Roddy St. James (Hugh Jackman) is a decidedly upper crust pet rat who makes his home in a posh Kensington flat. While his owners are away on holiday Roddy plays around the house. A common sewer rat named Sid (Shane Richie) comes spewing out of the sink and decides to stay, especially as England are playing against Germany in the World Cup final. Roddy schemes to get rid of Sid by luring him into the "jacuzzi", which is actually the toilet. Sid isn't fooled at all and instead pushes Roddy in and flushes him away into the sewer. There, Roddy discovers a city resembling London made out of various bits of junk, and meets Rita Malone (Kate Winslet), an enterprising scavenger rat who works the drains in her faithful boat, the Jammy Dodger. Rita does not like Roddy initially, but ends up taking him along, while her arch enemy The Toad (Ian McKellen) sends his rat henchmen, Spike (Andy Serkis) and Whitey (Bill Nighy), after her because she had stolen back her father's prized ruby a long time ago. The Toad despises all rodents to the point of hateful obsession. He plans to have them frozen with liquid nitrogen inside an icemaker. The pair escape, and Rita takes a unique electrical cable that, unknown to everyone but the Toad, is required to control the floodgates.
Results 1 to 10 of 70
123457Next page >