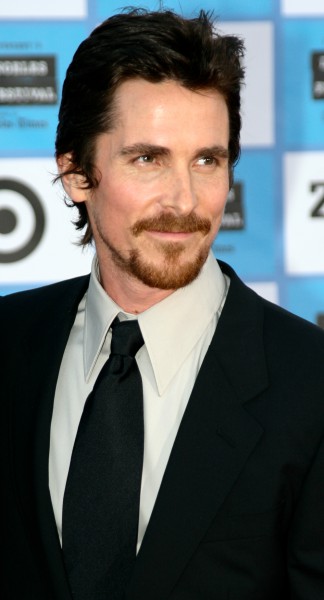 Bale first caught the public eye at the age of 13, when he was cast in the starring role of Steven Spielberg's Empire of the Sun (1987). Based on the original story by J. G. Ballard, Bale played an English boy who is separated from his parents and subsequently finds himself lost in a Japanese internment camp during World War II. In 2000, he garnered critical acclaim for his portrayal of serial killer Patrick Bateman in American Psycho. He is known for going to great lengths to portray characters in film, notably for the psychological thriller The Machinist (2004), where he lost 63 pounds (28.5 kg) to play the role of Trevor Reznik.

Bale went on to receive greater commercial recognition and acclaim for his performance as Bruce Wayne/Batman in Christopher Nolan's Batman Begins (2005), The Dark Knight (2008) and The Dark Knight Rises (2012). He also portrayed Dicky Eklund in the David O. Russell-directed biopic The Fighter (2010), for which he received critical acclaim and won several awards, including the Academy Award for Best Supporting Actor, the Golden Globe Award for Best Supporting Actor and the Screen Actors Guild Award for Outstanding Performance by a Male Actor in a Supporting Role. In 2013, he starred in the comedy-drama American Hustle, another film directed by Russell, which garnered him critical acclaim and a second Academy Award nomination, and first in the Best Actor category.

Like his late father, Bale actively supports environmental groups such as Greenpeace and the World Wildlife Fund. Along with his wife Sibi, he is on the Board of Trustees of the Dian Fossey Gorilla Fund. Bale is also the stepson of feminist Gloria Steinem.

On 22 July 2008, Bale attended a London police station by appointment and was arrested in connection with an alleged assault on his mother, Jenny, and sister, Sharon, who called the authorities. After being held for more than four hours, he was released on bail, pending further investigation. He has denied these allegations. On 14 August, British police declared that they would take no further action against him. The charges were dismissed for lack of evidence. 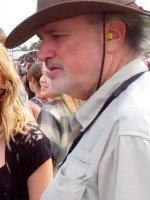 After getting off work at a North Braddock, Pennsylvania steel mill, Russell Baze (Christian Bale) catches his brother Rodney (Casey Affleck) at a horse racing simulcast where Rodney had just bet on a losing horse. Rodney reveals John Petty (Willem Dafoe) loaned the money to him. Petty owns a bar and runs several illegal games. Russell offers to pay off some of Rodney's debt, promising to pay Petty the rest with his next paycheck. Driving home intoxicated, Russell hits another car, killing its occupants, including a little boy. He is incarcerated for vehicular manslaughter. While in prison he is informed that his father has died, and that his girlfriend Lena (Zoë Saldana) has left him for the small town police chief, Wesley Barnes (Forest Whitaker).
Results 1 to 15 of 56
1234Next page >