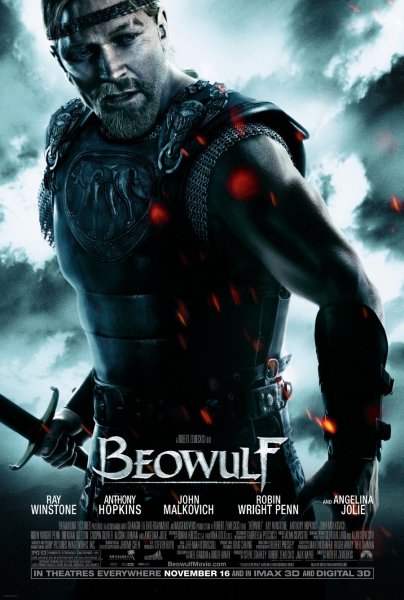 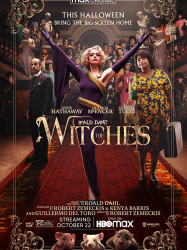 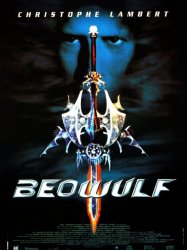 The setting is a post-industrial castle that defends the border of an unnamed kingdom. It is terrorized by a demon named Grendel, who kills the castle's defenders, one by one. After fighting his way past several soldiers trying to keep anyone from entering or leaving, the warrior Beowulf offers his help to the castle's king, Hrothgar, who welcomes his help.
Already seen ?
I love

Arya, an elf and princess of Ellesméra, runs for her life with a "stone" stolen from the evil king, Galbatorix. She is surrounded by a ring of fire created by a Shade (dark sorcerer) called Durza, and to protect the stone from him she uses her magic to send it to a distant forest, where Eragon (Ed Speleers), a 15-year-old farm boy from the small village of Carvahall in the country of Alagaësia, is hunting for food. When the stone magically appears before him, he takes it to his hometown in hopes of trading it for food. After he brings it home, he realizes it is an egg, as a blue dragon hatches from it. As he reaches to touch the dragon, a magical mark is burned into his palm, magic that is felt all across the land by those who have a connection to legend of the dragon, mainly Arya, a former dragon rider named Brom, and Galbatorix himself. Eragon tries to keep the dragon and take care of it until Galbatorix sends his monstrous minions, the Ra'zac, to capture Eragon and the dragon. Eragon sends the dragon into the sky so she may learn to fly, which she succeeds before she returns to him fully grown due to her magic. She reveals herself to him that her name is Saphira, and that they are able to hear each other's thoughts. After seeing the Ra'zac in town, Eragon hurries home to protect his uncle, but Saphira picks him up and tells him that the Ra'zac are after him. When he gets home, Eragon finds his uncle dead and blaming Saphira, he sends her away. As he mourns over his uncle's body, Brom arrives, and asks Eragon to call his Saphira. After a brief scuffle, Brom implores Eragon to leave town, which they do after Brom sets fire to his uncle's barn, burning his remains.
Results 1 to 10 of 70
123457Next page >