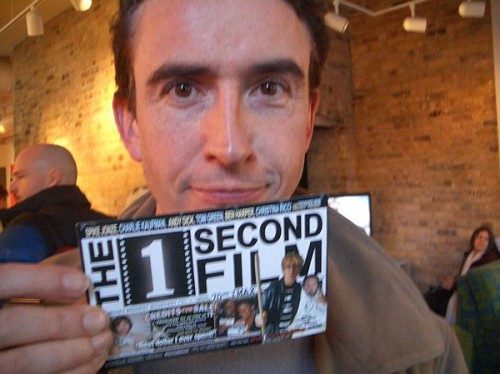 While working with Armando Iannucci on The Day Today and On the Hour, Coogan created his most developed and popular character, Alan Partridge, a socially awkward and politically incorrect regional media personality. He featured in several television series, which earned him three BAFTA nominations and two wins for Best Comedy Performance. A feature-length film, Alan Partridge: Alpha Papa, was released in 2013, and opened at number one at the British box office.

Coogan grew in prominence within the film industry in 2002, after starring in The Parole Officer and 24 Hour Party People. He portrayed Phileas Fogg in the 2004 remake Around the World in 80 Days and co-starred in The Other Guys, Tropic Thunder, In the Loop, Hamlet 2, Our Idiot Brother, Ruby Sparks and the Night at the Museum films, as well as collaborating with Rob Brydon in The Trip and A Cock and Bull Story. He was also a voice actor in the animated comedy films Despicable Me 2 and its prequel Minions, and played Hades in Percy Jackson & the Olympians: The Lightning Thief.

Coogan has also branched out into more dramatic roles, with What Maisie Knew, and portrayed Paul Raymond in the biopic The Look of Love. He co-wrote, produced, and starred in the film adaptation Philomena, which earned him a Golden Globe and BAFTA nomination, and two Academy Award nominations (for Best Adapted Screenplay and Best Picture). He has been cast in the lead role for the ABC television pilot Doubt and the Showtime drama Happyish.

On 22 November 2011, Coogan, along with Hugh Grant, gave evidence to the Leveson Inquiry on phone hacking, favouring regulation of the press.

Coogan's younger brother, Brendan, is a former Top Gear presenter, and his elder brother, Martin, was the lead singer of the early 1990s band the Mock Turtles. All three attended the Cardinal Langley Roman Catholic High School in Middleton, Greater Manchester. Although brought up Catholic, Coogan now describes himself as an atheist. Coogan married Caroline Hickman in 2002, and divorced in 2005. Coogan entered rehab for personal issues. He dated model China Chow for three years. In March 2011 Coogan was guest editor for lads mag Loaded, where he met and began dating glamour model Elle Basey. As of 2013, the couple are still together. He has a daughter, Clare, from a previous relationship with solicitor Anna Cole.

Coogan supports the Labour Party. He believes that Conservatives think "people are plebs" and that "they like to pat people on the head". In August 2014, Coogan was one of 200 public figures who were signatories to a letter to The Guardian opposing Scottish independence in the run-up to September's referendum on that issue.

A noted motoring enthusiast, he has owned a succession of Ferrari cars, but stopped buying them after realising that the depreciation and running costs were greater than hiring a private plane. 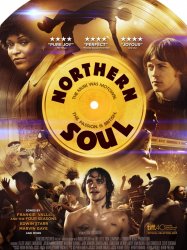 A mysterious vehicle using a huge magnet steals a highly potent mutagen known as PX-41 from a secret laboratory in the Arctic Circle. The Anti-Villain League (AVL) tries to recruit former supervillain, Gru, to find who stole the mutagen, but Gru refuses, claiming he is a legitimate businessman now as well as the father of Margo, Edith, and Agnes. Dr. Nefario, Gru's friend and assistant, has decided to leave him for new employment, claiming he "missed being evil." Gru reluctantly partners with undercover AVL agent Lucy Wilde, and they search a local mall, the Paradise Shopping Mall, disguised as bakery employees. Mexican restaurant owner, Eduardo Pérez, is suspected by Gru of being "El Macho", a legendary supervillain who supposedly died after skysurfing a shark into the center of an active volcano. Gru and Lucy break into Eduardo's restaurant at night, but find nothing to prove that he is the culprit. Meanwhile, Agnes expresses her wish to have a mother someday and believes that Gru will fall in love with Lucy, but despite her excitement, Gru tells her that his relationship with Lucy is strictly professional.
Results 1 to 15 of 61
12345Next page >