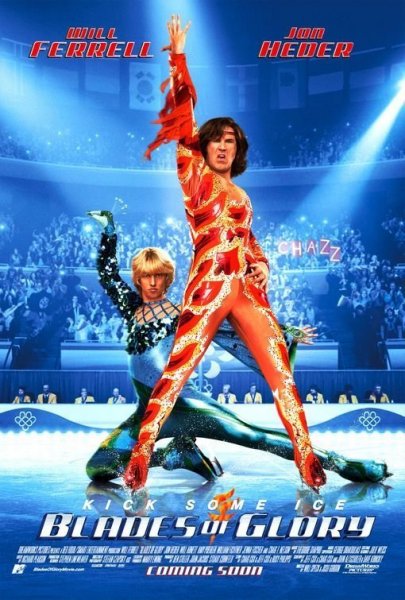 In 1976, Jackie Moon is a singer who has used the profits from his one hit single "Love Me Sexy" to buy a basketball team in the American Basketball Association, the Flint Tropics, becoming the owner, head Coach, and starting power forward. The ABA Commissioner announces a plan to merge the league with the National Basketball Association, but only four teams will move to the more established league. The Tropics, the worst team in the league, are in danger of dissolving. In response, Jackie argues that the teams with the four best records overall should be merged into the NBA. The Commissioner reluctantly accepts Jackie's offer.
Already seen ?
I love

Reese Holdin (Deschanel) is a depressed bartender/actress living in New York City. She regularly engages in casual sex, cocaine use and self-mutilation. When a publishing agent (Amy Madigan) approaches her, we learn that Reese is the daughter of a famous author named Don Holdin (Harris); and that her mother, Mary, recently died. Reese did not attend the funeral. The publisher offers the impecunious Reese $100,000 for a series of letters written between her mother and father at the height of their careers. When Reese learns that the kitten she rescued from the streets is dying of feline leukemia, she drowns it and buys a bus ticket.
Results 1 to 10 of 70
123457Next page >