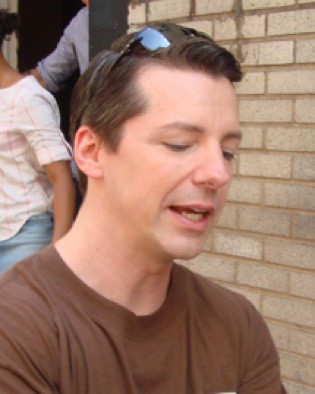 Birth name Sean Patrick Hayes
Nationality USA
Birth 26 june 1970 (52 years) at Chicago (USA)
Sean Patrick Hayes (born June 26, 1970) is an American actor, comedian, and producer. He is best known for his role as Jack McFarland on the NBC sitcom Will & Grace, for which he won an Emmy Award, four SAG Awards, and one American Comedy Award, and earned six Golden Globe nominations.

Hayes refused to discuss his sexual orientation for many years, saying he believed that audiences would therefore be more open-minded about his characters. In a 2010 interview with The Advocate, he appeared to imply that he is gay, stating: "Really? You're gonna shoot the gay guy down? I never have had a problem saying who I am. I am who I am." He also indicated that he was in a relationship. He states that he feels like he has "contributed monumentally to the success of the gay movement in America, and if anyone wants to argue that, I'm open to it".

He received an honorary PhD from Illinois State University in February 2013. In November 2014 Hayes announced that he had married his partner of eight years, Scott Icenogle. 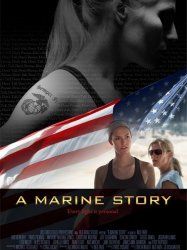 Major Alexandra Everett, a decorated Marine officer (Dreya Weber) unexpectedly returns home from the Iraq war and is quickly recruited to help Saffron (Paris P. Pickard), a troubled teen, prepare for boot camp,. However, when the true reasons for Alexandra's return become known, it threatens the future for both of them.
Already seen ?
I love Two former backup soul singers, Louis Hinds (Samuel L. Jackson) and Floyd Henderson (Bernie Mac), who have not spoken to each other in 30 years, reluctantly agree to travel across the country together to a reunion concert to honor their recently deceased lead singer, Marcus Hooks (John Legend). Cleo (Sharon Leal), a beautiful young woman in an abusive relationship, accompanies them as a new singer; she is believed to be Floyd's daughter but is really Louis'. A few problems come their way, involving Cleo's wanna-be gangsta rapper boyfriend, Lester (Affion Crockett), Floyd's fling with Rosalee (Jennifer Coolidge) and a lot more leading up to their big performance at the Apollo Theater, and the duo reform a bond that they lost 30 years ago.
Already seen ?
I love

April Burns, the eldest daughter in a highly dysfunctional family, lives in a small tenement apartment on the Lower East Side of Manhattan with her boyfriend Bobby. Although estranged from her family, she opts to invite them for Thanksgiving dinner, probably the last for her mother Joy, who has breast cancer.
Already seen ?
I love

Conrad and Sally Walden live in the city of Anville with their single mother Joan Walden, who works for neat-freak Hank Humberfloob. One day, just as Mr. Humberfloob calls in a new member of the "Humberfloob Family", the new worker, Jim McFinnigan shakes his hand in thanks (shocking everyone, as they are aware that one will be fired if whom shakes his hand without permission), which angers Mr. Humberfloob, screaming "FIRED!", and Jim runs out crying. He then puts on hand sanitizer and firmly warns Joan that she will be fired if her house is messy for the upcoming meet and greet party. At the house, Conrad trashes the house, causing their dog Nevins to run down the street in fright. Joan punishes Conrad for a week while re-cleaning the house. Their next door neighbor, Lawrence Quinn, whom Joan is dating to Conrad's dismay, brings back Nevins, and Sally is grateful. When Lawrence leaves, Joan is called back to the office again, leaving the kids with Mrs. Kwan, a lethargic babysitter, and making sure they are forbidden to enter the living room, which is being kept pristine for the upcoming party. Lawrence is constantly on the lookout for any mischief that Conrad is up to, as he wants nothing more than to send him away to military school for the rest of his life, earning Conrad the reputation of "troublemaker", while his sister is characterized as "perfect and well-behaved".
Results 1 to 15 of 23
12Next page >