Birth name Katherine Ellen Soucie
Nationality USA
Birth 20 february 1967 (54 years) at New York City (USA)
Kath Soucie (/ˈsuːsi/) is an American actress, most active in voice overs. Her roles include Janine Melnitz in The Real Ghostbusters, Ingrid "Minx" Krueger in Jem, Cindy Bear in the Hanna-Barbera shows Wake, Rattle and Roll and Yo Yogi!, Fifi La Fume in Tiny Toon Adventures, Dexter's Mom in Dexter's Laboratory, Linka in Captain Planet and the Planeteers, The DeVille twins and their Mom in Rugrats and Ray Ray Lee in The Life and Times of Juniper Lee. 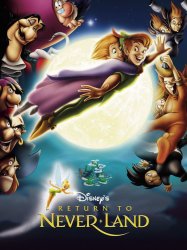 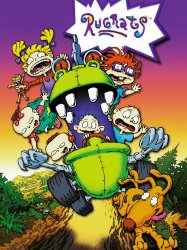 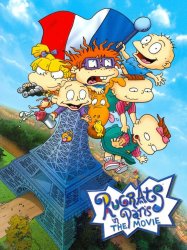 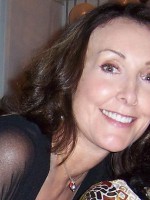 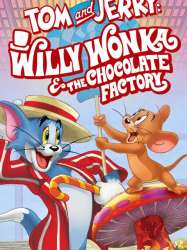 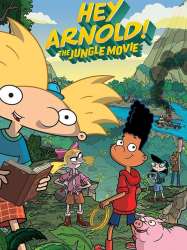 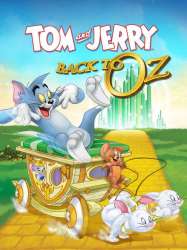 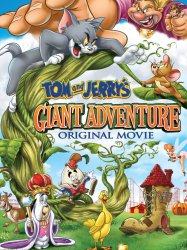 Tom and Jerry live with Jack and his Mother in Storybook Town, a fairy tale-inspired theme park. Young Jack is desperate to save the park from the hands of a greedy billionaire, setting out with his loyal cat and mouse friends to sell his prize cow for magic beans. What follows is a journey up a beanstalk to a magical land ruled by a massively mean, greedy, and hungry giant and home to fun, fabled fellows like Droopy, Spike and even Screwy Squirrel. Now, Tom and Jerry put an end to their furry feud long enough to save Storybook Town.
Already seen ?
I love 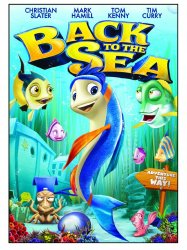 Flying fish Kevin and his family and friends live happy and carefree life in the depths of Atlantic. But Kevin has a cherished dream - to get to Barbados island, to the flying fish kingdom. Thirst for adventures leads the hero to the Rock of Fame where a family treasure - a huge pearl is hidden. Kevin gets captured by fishers and then finds himself in an aquarium of a popular Chinese restaurant. It seems, that his fate is decided, but suddenly a small boy comes to the aid to Kevin.
Already seen ?
I love 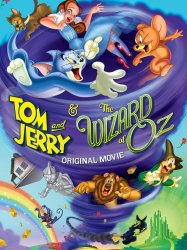 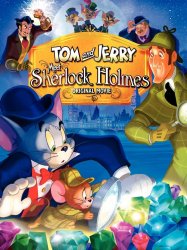 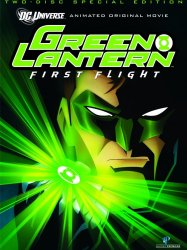 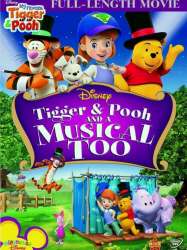 In a plot similar to Singin' in the Rain, Rabbit is named the first mayor of the Hundred Acre Wood for his great effort on planning their best friends picnic. Unfortunately, when Darby says that a mayor is in charge of everything, this goes to his head and he makes up a lot of rules, like "No Bouncing", "No Honey" and everything is by a schedule. By and by everyone gets annoyed by the new rules and finally when everyone (especially Tigger) can't follow the rules Rabbit and Beaver, who becomes the vice-mayor, decide to divide the wood so that Rabbit can be mayor on one side, and Tigger can be mayor on the other and they have Beaver draw a white line through the Hundred Acre Wood. The problem is that the White Line separates the people on each side from their friends. Everyone, except Darby and Buster, is to stay on their side which results to problems and chaos. Tigger and Pooh can no longer sleuth, Roo and Lumpy can't visit each other, Tigger and Rabbit no longer be friends, and goods, supplies and materials can't be traded (which means no thistles for Eeyore and no cookies made by Kanga). Rabbit sees the sadness and decides to cheer everyone up by having a picnic on his side and Tigger does the same. But the picnics are no fun due to everyone being separated until Darby hatches a plan to reunite the Hundred Acre Wood and have the white line removed and have everything go back to normal, and it worked.
Already seen ?
I love

The movie starts with George swinging around town, and he picks up the newspaper. He reads it when he gets home and finds out that the great magician Piccadilly is holding an act with an elephant called Kayla. It sounds interesting to George so he wakes up Ted , and he tries to show Ted the news, but Ted is late for a meeting with Mr. Bloomsberry.
Results 1 to 15 of 76
123456Next page >