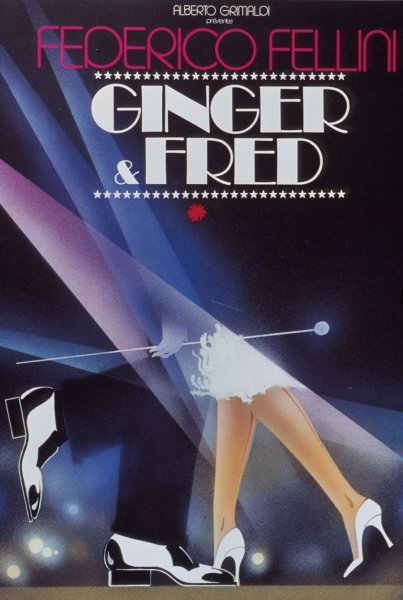 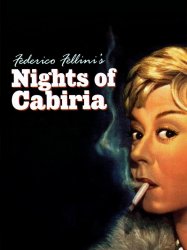 A happy, laughing Cabiria (Giulietta Masina) is standing on a river bank with her current boyfriend and live-in lover, Giorgio (Franco Fabrizi). Suddenly he pushes her into the river and steals her purse which is full of money. She cannot swim and nearly drowns, but is rescued by a group of young boys and revived at the last possible moment by helpful ordinary people who live a little further down the river. In spite of just saving her life, she treats them with disdain and starts looking for Giorgio.
Already seen ?
I love 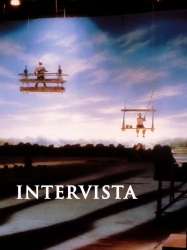 Interviewed by a Japanese TV crew for a news report on his latest film, Fellini takes the viewer behind the scenes at Cinecittà. A nighttime set is prepared for a sequence that Fellini defines as “the prisoner’s dream” in which his hands grope for a way out of a dark tunnel. With advancing age and weight, Fellini is finding it difficult to escape by simply flying away but when he does, he contemplates Cinecittà from a great height.
Already seen ?
I love 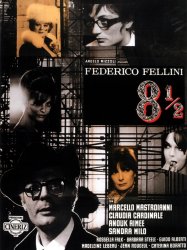 Guido Anselmi (Marcello Mastroianni), a famous Italian film director, is suffering from "director's block". Stalled on his new science fiction film that includes veiled autobiographical references, he has lost interest amid artistic and marital difficulties. As Guido struggles half-heartedly to work on the film, a series of flashbacks and dreams delve into his memories and fantasies; they are frequently interwoven with reality.
Already seen ?
I love 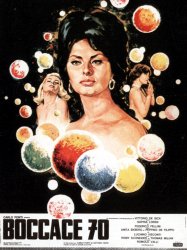 In Renzo e Luciana, a young couple tries to hide their marriage and the wife’s supposed pregnancy from the draconian book-keeper of their employer, who has banned female employees from getting married and having children but does not mind a few cheap thrills at their expense himself.
Already seen ?
I love 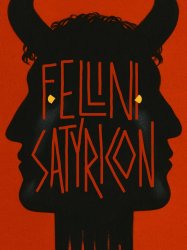 The film opens on a graffiti-covered wall with Encolpius lamenting the loss of his lover Gitón to Ascyltus. Vowing to win him back, he learns at the Thermae that Ascyltus sold Gitón to the actor Vernacchio. At the theatre, he discovers Vernacchio and Gitón performing in a lewd play based on the "emperor's miracle": a slave's hand is axed off and replaced with a gold one. Encolpius storms the stage and reclaims Gitón. On their return to Encolpius's home in the Insula Felicles, a Roman tenement building, they walk through the vast Roman brothel known as the Lupanare, observing numerous sensual scenes. They fall asleep after making love at Encolpius's place. Ascyltus sneaks into the room, waking Encolpius with a whiplash. Since both share the tenement room, Encolpius proposes they divide up their property and separate. Ascyltus mockingly suggests they split Gitón in half. Encolpius is driven to suicidal despair, however, when Gitón decides to leave with Ascyltus. At that moment, an earthquake destroys the tenement.
Already seen ?
I love 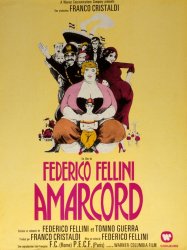 A young woman hanging clothes on a line happily points out the arrival of "manine" or puffballs floating on the wind. The old man pottering beside her replies, "When puffballs come, cold winter’s done." In the village square, schoolboys jump around trying to pluck puffballs out of the air. Giudizio (Aristide Caporale), the town idiot, looks into the camera and recites a poem to spring and the swirling, drifting "manine."
Already seen ?
I love 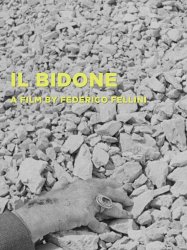 The film follows the exploits of a group of swindlers, focusing on their aging leader Augusto, as they go about their "business," reaping both rewards and consequences.
Already seen ?
I love 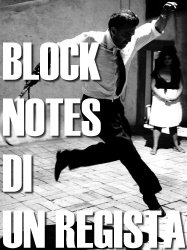 Commissioned by NBC television producer Peter Goldfarb in 1968 to do an hour-long program on his work, Fellini filmed a "sort of semihumourous introduction" to past and future plans: the recently abandoned project, The Voyage of G. Mastorna, and his latest work-in-progress, Fellini Satyricon.
Already seen ?
I love 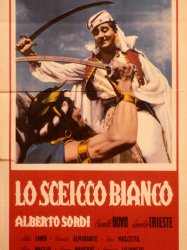 Two young newlyweds from a provincial town, Wanda (Brunella Bovo) and Ivan Cavalli (Leopoldo Trieste), arrive in Rome for their honeymoon. Wanda is obsessed with the "White Sheik" (Alberto Sordi), the hero of a soap opera photo strip and sneaks off to find him, leaving her conventional, petit bourgeois husband in hysterics as he tries to hide his wife's disappearance from his strait-laced relatives who are waiting to go with them to visit the Pope. The plotline was re-used by Woody Allen in his film To Rome with Love.
Already seen ?
I love 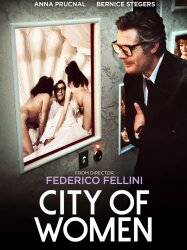 Snàporaz (Marcello Mastroianni) wakes up during a train ride and has a brief fling with a woman in the bathroom, but it's cut short when the train suddenly stops and the woman gets off. Snàporaz follows her into the woods, through the wilderness and into a Grand Hotel overrun with women in attendance for a surrealistic feminist convention. He winds up in a conference about polyandry, where his presence is rejected. A frightened Snàporaz retreats to the hotel lobby, but the exit is blocked; instead he seeks refuge with a girl who offers her assistance, Donatella (Donatella Damiani), inside an elevator.
Results 1 to 10 of 70
123457Next page >