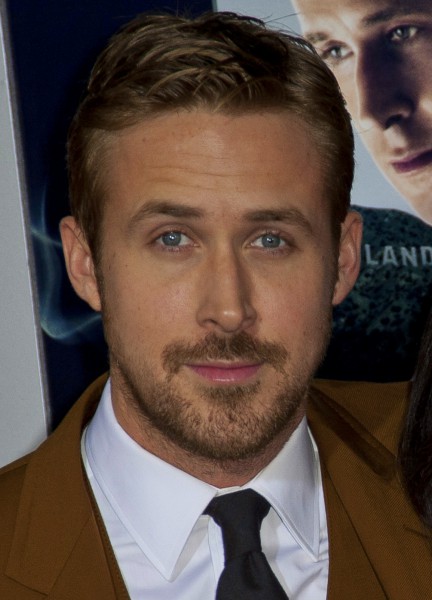 Birth name Ryan Thomas Gosling
Nationality Canada
Birth 12 november 1980 (42 years) at London (Canada)
Ryan Thomas Gosling (born November 12, 1980) is a Canadian actor, film director, screenwriter, musician and businessman. He began his career as a child star on the Disney Channel's Mickey Mouse Club (1993–95) and went on to appear in other family entertainment programs including Are You Afraid of the Dark? (1995) and Goosebumps (1996). He starred in the television series Breaker High (1997–98) as Sean Hanlon and Young Hercules (1998–99) as the title role. His first starring role was as a Jewish neo-Nazi in The Believer (2001), and he then built a reputation for starring in independent films such as Murder by Numbers (2002), The Slaughter Rule (2002), and The United States of Leland (2003).

Gosling came to the attention of a wider audience in 2004 with a leading role in the romantic drama The Notebook, for which he won four Teen Choice Awards and an MTV Movie Award. His performance as a drug-addicted teacher in Half Nelson (2006) was nominated for an Academy Award and his performance as a socially inept loner in Lars and the Real Girl (2007) was nominated for a Golden Globe Award. Also in 2007, he starred in the courtroom thriller Fracture. After a three-year acting hiatus, Gosling starred in Blue Valentine, earning him a second Golden Globe nomination. 2011 proved to be a landmark year for Gosling as he co-starred in three mainstream films – the romantic comedy-drama Crazy, Stupid, Love, the political drama The Ides of March and the action thriller Drive – and received two Golden Globe nominations. In 2013, he starred in the crime thriller Gangster Squad, the generational drama The Place Beyond the Pines, and the violent revenge film Only God Forgives. His directorial debut Lost River was released in 2014.

Gosling's band, Dead Man's Bones, released their self-titled debut album and toured North America in 2009. He is a co-owner of Tagine, a Moroccan restaurant in Beverly Hills, California. He is a supporter of PETA, Invisible Children and the Enough Project and has travelled to Chad, Uganda and eastern Congo to raise awareness about conflicts in the regions.

Gosling previously resided in New York City with his mixed-breed dog, George. He co-owns Tagine, a Moroccan restaurant in Beverly Hills, California. He bought the restaurant on an impulse and said he spent "all [his] money" on it and spent a year doing the renovation work himself and now oversees the restaurant's menus.


Relationships
Gosling dated his Murder by Numbers co-star Sandra Bullock for a year from 2002 to 2003. He also dated his The Notebook co-star Rachel McAdams from mid-2005 to mid-2007, and they briefly reunited in mid-2008.

In September 2011, Gosling began dating his The Place Beyond the Pines co-star Eva Mendes. In September 2014, Mendes gave birth to their daughter Esmeralda Amada Gosling. 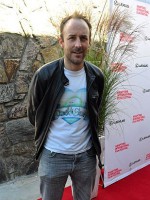 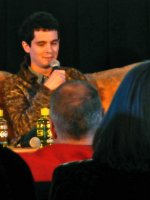 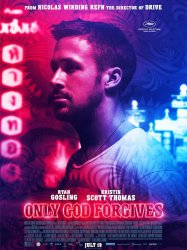 Julian is an American expatriate who runs a muay thai club in Bangkok, Thailand, that is a front for a drug smuggling operation. His older brother Billy rapes and kills an under-age sex worker and is caught by the Thai police. Lieutenant Chang allows the girl's father, Choi Yan Lee, to beat Billy, but Choi kills him. However, Chang does not care about Billy's death; instead, Chang cuts off the father's forearm for allowing his daughter to be a sex worker.
Already seen ?
I love 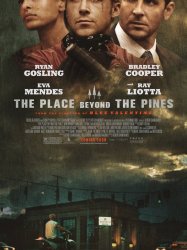 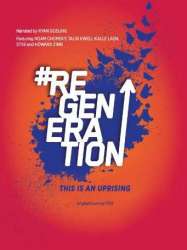 The film starts in the present and in flashbacks looks at how Cindy and Dean met each other. Dean is a young high school dropout, working for a New York City moving company. Cindy is a pre-med student living with her constantly fighting parents and also caring for her grandmother in Pennsylvania. Cindy and Dean meet at Cindy's grandmother's nursing home while Dean is delivering a new resident's furniture. They begin to date. Cindy discovers she is pregnant, and tells Dean that the baby is most likely not his, as her previous boyfriend Bobby ejaculated during intercourse without the use of protection. Dean asks Cindy whether or not she wants to keep the baby. At an abortion clinic, Cindy decides at the last moment to cancel the procedure, and on the bus ride home, Dean tells her he doesn't mind if the child is not his, and that he wants to begin a family with her.
Results 1 to 15 of 35
123Next page >