Birth name Kyle Martin Chandler
Nationality USA
Birth 17 september 1965 (57 years) at Buffalo (USA)
Kyle Martin Chandler (born September 17, 1965) is an American film and television actor best known for television roles on Early Edition and notably as Coach Eric Taylor in the television series Friday Night Lights, for which he won the Primetime Emmy Award for Outstanding Lead Actor in a Drama Series in 2011. He has also appeared in supporting roles in films like Super 8, Argo, Zero Dark Thirty and The Wolf of Wall Street. In 2015, he began starring in the Netflix original series Bloodline, for which he received his fourth Primetime Emmy Award nomination.

For nearly 20 years after beginning his acting career in the late 1980s, Chandler lived in Los Angeles. Since 2007, Chandler and his family have lived on a 33-acre spread in Dripping Springs, Texas, southwest of Austin, with multiple dogs and donkeys. Chandler's mother came to live with the family toward the end of her life, when she was suffering from Alzheimer's disease. She died in 2014. Chandler has referred to her disease in interviews and it was noted in her obituary.

Chandler serves as a volunteer firefighter. In addition, he participates in an annual charity golf tournament at Wolfdancer to raise funds for football players who have spinal injuries.

Chandler has been married to Kathryn Chandler (née Macquarrie) since 1995. Chandler met his wife at a dog park in the mid-1990s. They have two daughters, Sydney and Sawyer. Chandler and his daughter Sawyer have been active in trying to end the practice of shark finning. 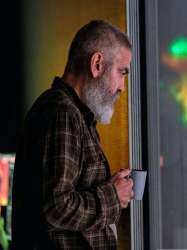 In 1928, a solitary mountaineer encounters a glowing sphere. He loses consciousness and when he wakes, the sphere has gone and there is a scar on his hand where a sample of his DNA has been taken.
Results 1 to 15 of 22
12Next page >