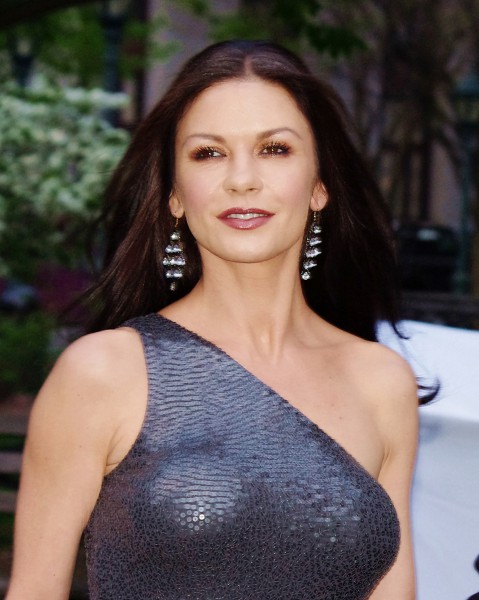 Birth name Catherine Zeta Jones
Nationality United-kingdom
Birth 25 september 1969 (53 years) at Swansea (USA)
Awards Academy Award for Best Supporting Actress, Commander of the Most Excellent Order of the British Empire
Catherine Zeta-Jones, (/ˈziːtə/; born Catherine Zeta Jones; 25 September 1969) is a Welsh actress. She has received critical acclaim and numerous accolades throughout her career, including one Academy Award, one BAFTA Award, and three Screen Actor Guild Awards. She was named Hasty Pudding's Woman of the Year in 2005, and was appointed Commander of the Order of the British Empire (CBE) in the 2010 Birthday Honours.

Zeta-Jones began her acting career at age 12, with the lead role in the stage musical Annie, and subsequently pursued a career on theatre with appearances in productions, such as West End's 42nd Street. She made her movie debut in the 1991 French fantasy feature Les 1001 nuits and continued her film work with supporting roles in Christopher Columbus: The Discovery (1992) and Splitting Heirs (1993), while starring in the ITV series The Darling Buds of May from 1991 until 1993. She established her early film career in the United Kingdom and eventually transitioned into Hollywood mainstream movies, appearing in the action western The Mask of Zorro (1998) and the crime thriller Entrapment (1999), both of which were international commercial successes. Her performance in Steven Soderbergh's Traffic (2000) earned her significant critical praise and her first Golden Globe Award nomination for Best Supporting Actress – Motion Picture.

Zeta-Jones starred as Velma Kelly in the film adaptation of the musical Chicago (2002), another critical and commercial success. For the film, she received the Academy Award and the British Academy Film Award for Best Supporting Actress, plus two Screen Actors Guild Awards and her second Golden Globe Award nomination, for Best Actress – Motion Picture Musical or Comedy. She then appeared in the romantic comedy Intolerable Cruelty (2003), the crime film Ocean's Twelve (2004) and reprised her starring role in the sequel of the 1998 film, The Legend of Zorro (2005). Parts in the smaller-scale features Death Defying Acts (2008) and The Rebound (2009) were followed by a 3-year hiatus from screen acting. During that time, she returned to the stage and portrayed Desiree in A Little Night Music (2010), for which she won the Tony Award for Best Leading Actress in a Musical. She has since done further film work in the musical comedy Rock of Ages and the psychological thriller Side Effects (2013).

Zeta-Jones met actor Michael Douglas, with whom she shares a birthday and who is 25 years her senior, at the Deauville Film Festival in France in August 1998, after being introduced by Danny DeVito. According to Catherine, when they met, he told her that "I'd like to father your children". They began dating in March 1999 and eventually became engaged on 31 December 1999; they were married at the Plaza Hotel in New York City on 18 November 2000, after Douglas' divorce was finalised. A traditional Welsh choir sang at their wedding. Her Welsh gold wedding ring includes a Celtic motif and was purchased in the Welsh town of Aberystwyth. Mick Hucknall from the band Simply Red, who previously dated Zeta-Jones, also performed at their wedding.

In August 2013, People claimed that Douglas and Zeta-Jones began living separately in May 2013, but had not taken any legal action towards separation or divorce. A representative for Zeta-Jones subsequently confirmed that they "are taking some time apart to evaluate and work on their marriage." It was reported on November 1 that the couple had reconciled and moved back in together. 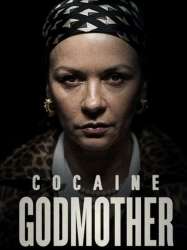 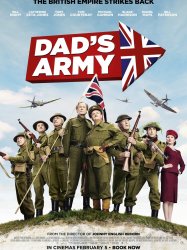 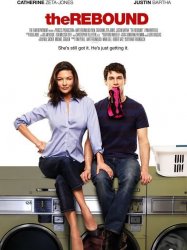 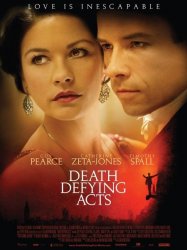 In 1926, 13 years after his mother's death, illusionist Harry Houdini (Guy Pearce) has begun debunking mystics, psychics and others who claim to have paranormal powers. He offers US$10,000 to anyone who can quote his mother's dying words to him.
Already seen ?
I love 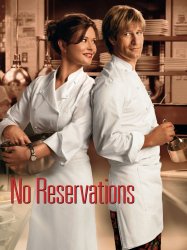 Terry Benedict (Andy García) locates all eleven members of Danny Ocean's (George Clooney) gang, demanding they return the $160 million they stole from his casinos plus $38 million interest. Short by half, the group schemes to stage another heist in Europe to avoid problems with United States authorities. They are tipped off by an informant named Matsui (Robbie Coltrane) about the location of the first stock certificate ever. After a complex series of schemes they find the document has already been stolen by "The Night Fox", another master thief. Europol Detective Isabel Lahiri (Catherine Zeta-Jones) is called in to investigate the theft and realizes that her talking earlier about a particular burglary with Rusty (Brad Pitt) during their relationship, would have given Rusty the idea of how to solve the complication the gang would have come up against. Surprising the group at their accommodation, she warns them they cannot beat the Night Fox or his mentor, the mysterious master-thief "LeMarc", both of whom excel in practicing the "long-con". She has been hunting both for years.
Results 1 to 15 of 32
123Next page >